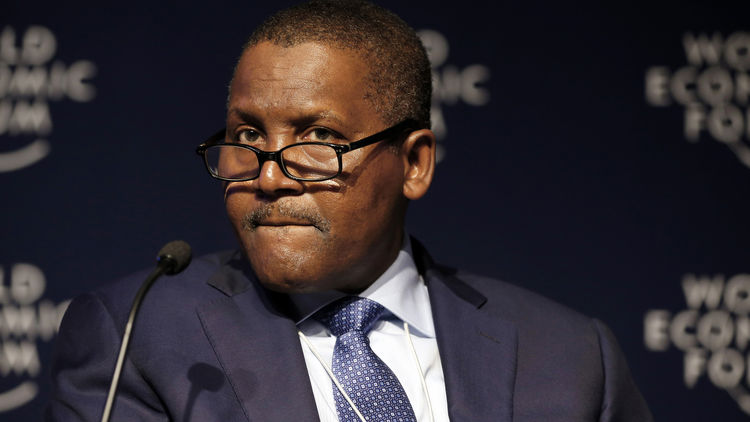 The President, Dangote Group, Alhaji Aliko Dangote, on Monday disclosed that the company would invest US$450m in agriculture development in Niger State, Nigeria over the next three years. Dangote, who made this known during the 2017 Niger State Investment Summit in Minna, said the funds would be used in establishing a large scale rice processing mill to process over 200,000 metric tonnes of paddy rice. He said that a state-of-the-art fully integrated sugar refining industry would also be established.

“The Dangote Group is committed to invest around US$450m over the three next years to establish a large scale rice processing mill for out growers. Our company is also establishing a state of the art fully integrated sugar industry involving the development of over 30,000 hectares of sugar cane plantation and the production of about 500, 000 metric tonnes of refined sugar. We are very excited about these investments and look forward to kick-starting this mutually beneficial partnership with the government and good people of Niger State,” he said.

Dangote, who was represented by Alhaji Mansur Ahmed, noted that the company also planned to invest over US$1bn in agricultural production and processing of selected commodities like sugar, rice and tomatoes across the country.
According to him, Niger has become the destination of choice for investment in the agricultural sector given its rich and vast arable land. He said that the company was poised to leverage on that toward a virile agriculture based economy.

Dangote said that the group would also continue to engage governments at the federal and state levels where there was great potential to explore investment opportunities. The Commissioner for Investment, Commerce and Industry, Mrs Ramatu Yardua said the aim of the summit was to market the state as an investment destination in agriculture considering its enormous potential which was largely untapped.

Yardua said that agriculture was key to moving the country out of recession, adding that the state was committed to creating a conducive and enabling environment for would be investors.